WHAT A LOVELY DAY FOR SCRAREMONGERING. On 7 July this year, South Australia experienced a cold snap. As residents turned on their heaters, the still and cloudy conditions meant wind and solar power couldn’t contribute much to meeting electricity demand. The last coal plant at Port August had closed a few months before, pushed out of the market by renewable energy.

What would happen? The fossil fuel lobby was watching closely because it doesn’t want South Australia’s wind farm boom repeated around the country. If anything went wrong, could renewables be blamed?

As if on cue, the spot electricity price spiked, reaching $8898 a megawatt hour at 7:30pm. (For comparison, the average price in South Australia is about $60 a megawatt hour.) The cold weather continued the next week and prices spiked again, sparking gleeful headlines about an ‘energy crisis’ in the Murdoch press. Clearly, went the line, the price rise happened because South Australia was too reliant on wind power. Why else? 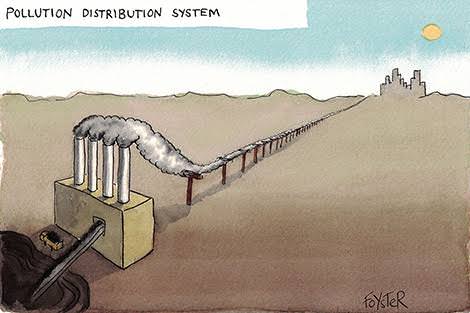 A month later, the story that’s emerged in reports from energy industry academics, data from the market operator, and reams of expert analysis isn’t the one the fossil fuel lobby wanted told.

So what really happened? Here’s the historical context, which the tabloids tend to leave out. Isolated at the end of our National Electricity Market and reliant on expensive gas generation, South Australia has traditionally had more volatile wholesale electricity prices. (The wholesale price isn’t what households pay, but does flow through to residential power bills.)

South Australia also has excellent conditions for wind power, which can lower the wholesale electricity price because, unlike coal or gas, wind turbines don’t have to pay for fuel. Under the federal Renewable Energy Target and state government policies, investment in clean energy boomed. Wind power now provides about 34 per cent of the state’s electricity, and rooftop solar about 7 per cent.

This has wreaked havoc with the business models of the state’s fossil fuel generators — particularly coal power. Many of the larger and older coal plants were designed to run continuously. It’s expensive and inefficient to switch them on and off. If wind underbids coal often enough, coal power stations become uneconomic. In South Australia, low-cost wind power has forced the state’s two coal plants to close — the last one, Northern, shut in May this year.

While a good thing for reducing climate pollution, these closures have delivered unprecedented market power to the remaining gas generators — especially AGL. And market concentration makes price manipulation more likely. The Australian Energy Regulator (AER), the organisation responsible for policing the national electricity market, describes how some generators have previously inflated prices in South Australia: ‘When the demand-supply balance is tight, these generators can rapidly reduce output, causing the dispatch price to spike. The generators then boost output for the remainder of the trading interval to capture those higher prices.’

As the AER notes, ‘this behaviour is not transparent, making it difficult for other participants to react to their commercial advantage’.

In South Australia, this behaviour tends to coincide with periods when the interconnector that allows electricity to be imported from Victoria is out of action. On 7 July the interconnector was at 50 per cent capacity for a scheduled upgrade. At the same time, wind was low, demand was high and gas prices were through the roof due to the cold weather and competition with LNG exports. The result was a perfect storm of conditions, handing AGL ‘unprecedented market power’, writes Mike Sandiford, Chair of Geology at the University of Melbourne.

What happened next was predictable. In the words of former Origin energy executive Andrew Stock, AGL and other gas generators engaged in ‘deliberately unpredictable bidding‘ to cause a record number of price spikes.

This isn’t to say wind power didn’t play some role — the Australian Energy Market Operator, which runs the market, told energy ministers that low wind was one of five factors involved. But there’s also evidence renewable energy has reduced price volatility. In South Australia, the price spiked 51 times in the summer of 2008, before the wind farm boom, but only once in 2015.

Generators in South Australia certainly have a case to answer. A recent Melbourne Energy Institute report, commissioned by the Australian Conservation Foundation, found evidence of AGL’s Torrens Island gas plant ‘economically withholding’ capacity, which was ‘suggestive of market power abuse’. (AGL says the gas plant had a unit out of production for safety and compliance work.)

Yet another report, by energy consultant Bruce Mountain, found the only plausible explanation for the price spikes on 7 July wasn’t becalmed wind farms, but generators that deliberately withheld capacity. In eight and a half hours, they reaped $41 million more than they should have.

What can we learn from all this? For one thing, the transition to clean energy has to be handled carefully so that closing a coal power station does not give the remaining generators a market stranglehold. For another, most of what’s published in the media about renewables and power prices is bullshit peddled by vested interests.

The fossil fuel lobby probably thought blaming wind power for the price spike in South Australia would slow the roll-out of wind turbines across the country. Instead, it may have the effect of drawing attention to their abuse of market power, bolstering the case for rule changes which would increase competition.

Yes, all eyes are in South Australia — but not for the reason coal and gas companies might have hoped.