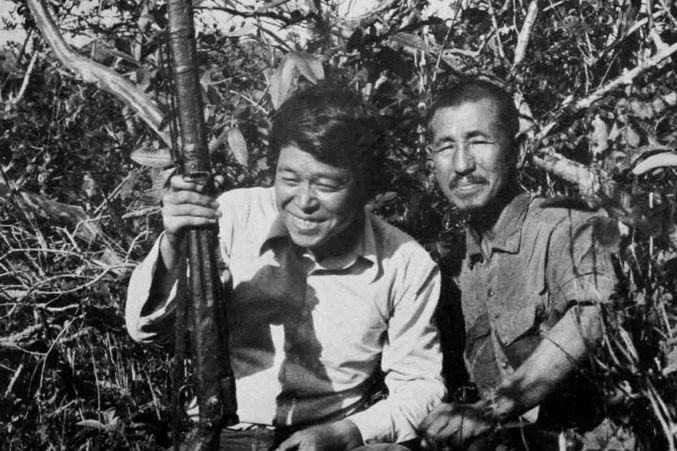 There’s an historical analogy here. Abbott is behaving like the infamous Imperial Japanese officer Hiroo Onoda, who refused to accept his country’s surrender in 1945 and spent a further 29 years fighting phantom enemies in a remote tropical jungle.

Stationed on Lubang Island in the Philippines, Onoda was one of thousands of Japanese soldiers scattered around the Pacific when World War II ended. While most were captured or went home, some guerilla holdouts continued to fight and pillage villages for years, posing a problem for rebuilding war-torn regions.

The US military, with the support of the defeated Japanese, dropped leaflets explaining that the war was over. Some soldiers accepted the information and gave up arms, but Onoda and his three enlisted men thought it was enemy propaganda, a trick to flush them out of hiding.

And so they continued to serve their beloved god-Emperor, murdering about 30 innocent islanders, who they considered enemy agents, over the next quarter century. Onoda only accepted the new reality in 1974 when his former commanding officer visited in person to relieve him of his duties.

Like Onoda’s band of soldiers thwarting efforts to rebuild local villages in peacetime, Tony Abbott’s skirmishes into climate policy are undermining everyone’s attempts to cease hostilities and reach a bipartisan agreement. And like Onoda’s refusal to believe new information that didn’t conform with his worldview, Abbott and co. are rejecting evidence that the economics of clean energy and reducing pollution have shifted dramatically.

It’s not a choice between renewable energy and power prices, if it ever was. The Finkel Report, and many studies since, have shown that more clean energy in the grid will reduce electricity prices. That’s why the big energy retailers, who previously tried to undermine the Renewable Energy Target, have switched sides. In the last few days, AGL, Origin Energy and Energy Australia have all said the government needs to adopt a clean energy target in order to lower power prices.

But as Abbott admitted in a radio interview, he didn’t even read the Finkel Report before rejecting its core proposal in the media. His ideology is untroubled by new evidence because he considers anything contrary to be part of some deep-green conspiracy. It’s all enemy propaganda, right?

Perhaps, like Onoda, Abbott just doesn’t want to stop fighting. His recent speech to a London global warming denialist group included these statements: ‘Of course, we’re all nostalgic for the days when governments and oppositions could agree on the big issues; but pleading for bipartisanship won’t create it … The modern world, after all, is not the product of a successful search for consensus. It’s what’s emerged from centuries of critical enquiry and hard clash.’

Hard clash. Throughout his career, this has been Abbott’s only strategy. As Judith Brett observed in a recent column for The Monthly: ‘His major preoccupation has always been product differentiation, drawing up the battlelines between the Liberal Party and its major enemy the Labor Party and winning the fight.’ He’s a political brawler, nothing more.

Thus Abbott wants to reject the Clean Energy Target not because he’s analysed it closely and discovered fatal flaws, but because adopting it positions the Liberals too close to Labor. It’s all selfish, short-term politics. His speech highlighted this too: ‘After a net gain of 25 seats at the previous two elections, when we had campaigned on power prices, we had a net loss of 14 when we didn’t.’ What he really wants is Carbon Tax, Round 2: a nostalgic rerun of his knockout slogans.

Onoda’s story has a sad ending. He returned to Japan a celebrity in the 1970s, but the modern country left him feeling disillusioned, overwhelmed by all the changes. ‘There are so many tall buildings and automobiles in Tokyo,’ he complained. For a while he used his sudden fame to espouse the values and traditions of Old Japan, but he was little more than a curious relic, not someone to be taken seriously. The world had moved on. Tony Abbott should heed the lesson, but he won’t.