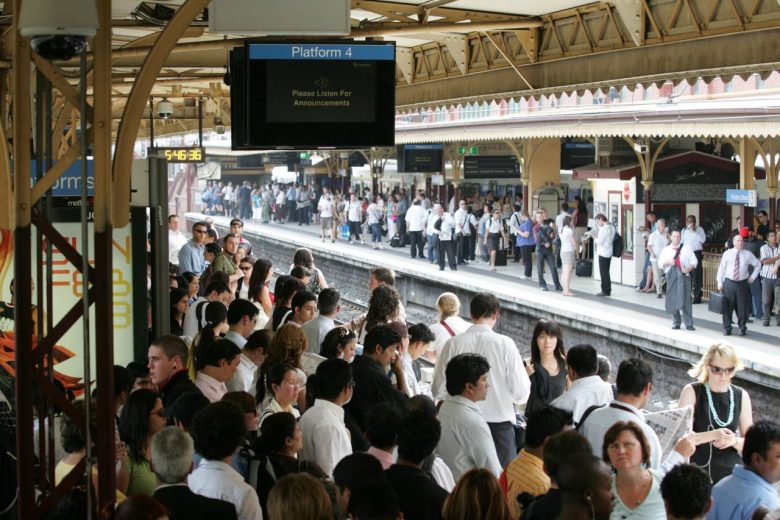 This scenario is fiction, but based on fact. On February 6, 2009, after a string of 40-degree days, telecommunications, public transport, power and lifts really did start to fail. “The city itself very nearly failed,” explains Melbourne Lord Mayor Robert Doyle. “We somehow got through that Friday night and got the 850,000 people who were in the centre of the city home. Black Saturday was the next day.”

Doyle shared this anecdote at the opening of Refuge, an arts event held last month that turned North Melbourne Town Hall into a heatwave emergency relief centre. It’s part of the city’s new “resilience” strategy, published in May 2016, to prepare for disasters.

Melbourne’s chief resilience officer, Toby Kent, explains that urban resilience is about the ability of a city – including its institutions, businesses and community – to adapt, survive and thrive in the face of “chronic stresses” and “acute shocks”. The two are related. The chronic stress of severe drought in Victoria from 1995 to 2009, for example, dried out the soil and vegetation, contributing to the acute shock of the Black Saturday bushfires.

It’s the same with many other disasters – although they might seem sudden, they usually begin slowly, arising from environmental or social conditions that leave us vulnerable.

Sydney is also working on a resilience plan, and last year a risk assessment ranked extreme weather as the biggest potential shock, ahead of the failure of a financial institution, a disease pandemic or even a terrorist attack. “A heatwave affects 100 per cent of the population in Sydney every year,” explains Sydney’s chief resilience officer, Beck Dawson. “Nobody escapes.” Extreme heat can also trigger a domino effect of failures in transport, health, electricity and water systems, which Dawson describes as a “risk cocktail”.

Then there’s climate change, which will make summer scorchers even more ferocious. A recent paper found that Melbourne and Sydney should prepare for 50-degree days even if countries meet the Paris agreement of limiting global warming to 2 degrees.

“We already know that our systems and our health get stretched by extreme temperatures in Australia,” says Dr Sophie Lewis, a climate scientist at the Australian National University, who led the research. “But we’re talking in this study about extremes far worse that are going to be occurring in the near future.”

So can our biggest cities cope? And what should we be doing now to prepare?

Kent says some key chronic stresses for extreme heat are increasing economic disadvantage, homelessness and an ageing population. Heatwaves are more dangerous for people who are over 65, have pre-existing medical conditions, or who are socially isolated. “In a way, heat doesn’t kill people, isolation does.”

When a heatwave struck Chicago in 1995, for example, two neighbourhoods had almost identical demographics, but one had a much lower death rate because residents were better connected and more likely to check on each other.

One exhibition at Refuge, by artist Asha Bee Abraham, involves calling real people who struggle in the heat. On the phone John, a man in his 60s, explains that his body is covered head to toe in tattoos, blocking his skin pores so he can’t easily regulate his body temperature. Previously homeless but now in a housing program, he passed out from the heat four times during his last summer on the streets.

People with mental illness are also more susceptible. After the January 2014 heatwave, Melbourne couple Katrina Baron and Christopher Dokos were found dead in their West Heidelberg social housing unit. The Victorian Coroner found Katrina’s cause of death was “complications of heat stroke in a woman with schizophrenia”. The couple were on medication that made it difficult to stay hydrated, but their local mental health service did not have a heatwave plan in place and did not contact them during the hot spell.

Katrina was fearful of eviction for damaging the property so refused her family’s offer to install airconditioning, says her sister Maggie Baron. “I think all public housing should have climate control, and I actually think it should be automated. I don’t think people like Chris and Katrina should even have to push the buttons on and off because they’ll be very bothered about the energy costs.”

Without airconditioning, many Australian houses are intolerably hot in summer. A CSIRO analysis modelled the performance of 10 typical low-income housing types against the January 2009 heatwave in Melbourne and found that a safe temperature threshold was breached in every one. For a “worst case” house – with poor orientation, a dark roof and no insulation – it was healthier to sleep outdoors.

A study this year, modelling the performance of six typical Melbourne apartments against the same 2009 heatwave, found they all failed international health tests for overheating. “The newer buildings didn’t necessarily perform any better than an old building,” says construction scientist Christopher Jensen of the University of Melbourne, who led the research.

While new buildings have become more efficient, says Jensen, that doesn’t necessarily translate into better performance in the heat, which is closely related to shading and orientation. He’s calling for new measures in the Building Code of Australia to reduce overheating, similar to the “summer comfort” standards France introduced after a 2003 heatwave caused an estimated 14,800 deaths.

Temperatures approaching 50 degrees would also stretch our transport system – quite literally. Steel expands in the heat, causing railway tracks to buckle. In January 2009, there were 29 buckled rails due to hot weather, according to Public Transport Safety Victoria.

Railway tracks are designed to operate in a temperature range based on when they were originally laid, but global warming is taking us into unprecedented territory. As a 2011 Australian-government-commissioned study into track stability management reports, “Climate change and increases in extreme temperature variations have made buckling a more prevalent problem.”

“A 19th-century track will not cope,” says Professor Peter Newman from Curtin University, the author of several books on sustainable transport and resilient cities. But there are solutions. “We had a similar heat problem in Perth – we had a 48-degree day – and did not have any buckling because our system has been built more recently to prevent that.”

Railway tracks can be welded more tightly to sleepers, preferably concrete to handle the extra tension. “All rail track has to be upgraded at various points so you need to put this into the system that they have to adapt to higher temperatures.”

The majority of Melbourne’s Metro Trains network has been upgraded to concrete sleepers, a spokesperson for the company told The Saturday Paper. Even so, once the ambient temperature reaches 42 degrees, the maximum speed limit is reduced to 70km/h.

But there are other limitations. In the 2009 heatwave, hundreds of train services in Melbourne were cancelled because some airconditioners were only specified to operate in temperatures up to 34.5 degrees. Now airconditioners across the Metro fleet can operate in 42 to 45 degrees, but that’s still shy of what we could be facing. Meanwhile, trams on a quarter of routes don’t have airconditioning.

That brings us to electricity, a lifeline for large cities. Andrew Dillon, the CEO of Energy Networks Australia, which represents electricity transmission and distribution companies, says while summer blackouts have a range of causes, a big challenge facing networks is cooling load. “The higher the outside temperature the harder airconditioners work, and therefore the greater demand. A 50-degree day in Melbourne or Sydney would be a significant challenge for energy networks as they currently stand,” Dillon says. To make the grid more resilient, we could provide incentives for people to install solar panels on the western side of their roofs, generating more electricity in the late-afternoon summer peak, he says.

Energy storage is another option. Dillon cites a three-year battery trial on Bruny Island in Tasmania to supply peak electricity demand during the summer holiday season without having to build costly new network infrastructure. There’s also a program in western Sydney encouraging households with solar to purchase batteries and feed the energy back into the grid at peak time.

This is what resilience is about – upgrading our systems and addressing issues well before a disaster hits.

“When it comes to heatwaves, the future is already here,” says Toby Kent. “We have to start designing, building and operating our infrastructure in ways that recognise that. Anything built today without the long-term view in mind will be obsolete almost by the time it’s completed.”

Hotter days are coming, and the next one might not be a drill.

This article was first published in the print edition of The Saturday Paper on 9 December 2017 as ‘Hot in the Cities‘.