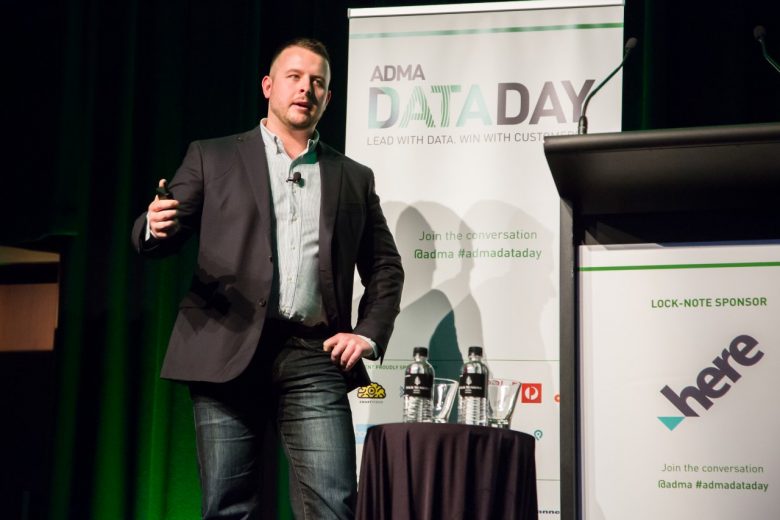 AT A PLUSH LOUNGE IN MELBOURNE’S SOFITEL HOTEL, the data guru behind Donald Trump’s election campaign is pitching his company to Australian political operatives.

Dressed in jeans, a thin check shirt and a brown suit jacket, Matthew Oczkowski, head of product at Cambridge Analytica, looks tired as he speaks with a couple of men huddled around a small black table. Two days ago he was in Sydney. Today he’s in Melbourne, presenting at a $600-a-ticket big data conference. Tomorrow he’ll be in Canberra, giving a spiel to senior Liberal Party figures.

Expectations are high. After the utter failure of traditional polling to predict the outcome of the United States election, Republican pollster Frank Luntz declared, “There are no longer any experts except Cambridge Analytica. They were Trump’s digital team who figured out how to win.”

This article was first published in the print edition of The Saturday Paper on 22 April 2017 as Data based.

But there’s also deep scepticism to overcome. As the company has claimed credit, other consultants on the Trump campaign have accused it of “snake-oil” salesmanship to drum up business. One Liberal Party source told Guardian Australia: “This is simple information gathering to see whether there is substance behind the company’s rhetoric.”

I came to Oczkowski’s talk at the Sofitel for the same reason. What’s so special about Cambridge Analytica’s approach, does it stand up to scrutiny, and would it work here?

On its website, Cambridge Analytica spruiks its point of difference as “Behavioural Microtargeting” that goes beyond mere location or demographics to connect with people’s individual personalities. It boasts “up to 5000 data points on over 220 million Americans”, and at previous conferences CEO Alexander Nix has said they use this data to profile people based on the big five personality traits: openness, conscientiousness, extraversion, agreeableness and neuroticism.

The theory checks out. There’s evidence that computers can be trained to estimate people’s big five personality traits based on their social media data.

In 2007, psychology student David Stillwell set up a personality test app and shared it with 150 of his Facebook friends. It went viral. Millions of people completed the survey, giving researchers access to their Facebook data.

To give one revealing example, their computer model predicted male homosexuality correctly in 88 per cent of cases, even if the person never explicitly shared that information or liked a gay-related page. A later study showed the computer was better at predicting someone’s personality than a work colleague, friend or close family member. If you’d clocked up enough likes, it was a better judge than your spouse.

How does it work? First, you create a model that links personality scores with a person’s online behaviour, in this case Facebook likes. “Essentially the model says, ‘People who like bungee jumping or skydiving are more likely to be extroverted’, and this doesn’t change over time,” says Stillwell, now a lecturer in big data analytics at the University of Cambridge.

Then, once the model is built, it’s possible to reverse the process, predicting the personality of someone who hasn’t taken the test using only his or her likes. (You can try it with your own Facebook profile at applymagicsauce.com.)

Could Cambridge Analytica have replicated this technique? Kosinski believes they did. “In my paper, I have told people that there are potential risks of people creating your physiological profile without your consent behind your back while breaking the law. Cambridge Analytica seems to be doing the same thing,” he told The Economic Times, but the firm has previously denied these claims, and did not respond to questions.

Nevertheless, it’s possible. Stillwell says that, depending on the information available, a company would need between 5000 and 100,000 people’s data to build a model predicting personality. Companies sell commercial data, but it’s not of high enough quality to figure out what makes a person tick. “They’d need detailed data such as the websites that people visit or the apps they use on their phone,” says Stillwell.

Was any of this used in the Trump campaign? At the big data conference at the Sofitel, I join the crowd to hear Oczkowski’s talk, titled “Trump’s campaign ads based on a psychological approach” in the program handout. But it’s quickly apparent Cambridge Analytica won’t be discussing personality targeting today.

Instead, Oczkowski’s pitch is that data analysis allowed them to see trends others couldn’t.

Six weeks before election day, Cambridge Analytica got access to data about people who had voted early. In the Rust Belt state of Wisconsin, there was a massive increase in older rural voters and a massive decrease in younger African-American voters – good news for a Republican candidate. “This was kind of our eureka moment,” says Oczkowski.

Adjusting their models, they realised Trump could defy all the press and pundits to win. “We were probably some of the only people in the world that saw the trend that ended up predicting the outcome of the election,” he says.

Cambridge Analytica also amplified that trend. In each of the 17 battleground states, they identified cities with just the right ingredients for a rally: a density of persuadable voters and core Trump supporters to convert them. “A lot of the media and people thought Mr Trump’s travel was very erratic, but it was actually almost entirely data informed,” says Oczkowski.

All of which demonstrates some nimble thinking, but it’s still demographic or issues-based targeting, not the innovative (and slightly creepy) personality profiling that Cambridge Analytica claims to do. After the talk, Oczkowski refused an interview but when asked about psychographic targeting in the Trump campaign said “we didn’t have time”. He previously gave the same denial to a Republican data conference.

The next federal election in Australia will be held in 2019. With enough time, could personality profiling be done here? It would be even more difficult than in the US, says Jodie Sangster, CEO of the Association for Data-driven Marketing and Advertising, which held the conference at the Sofitel. “Data is much more scarce here,” she says. “And even when the data is available, there are much more stringent rules, regulations and provisions in place.”

The reality is that while personality profiling sounds sexy to marketers and sinister to the rest of us, it’s largely unproved in politics.

However, there is some evidence it’s more effective for commercial marketing – one published experiment found people respond more positively to advertising messages that match their personality type. IBM has done its own studies and is offering a Personality Insights tool to marketers and PR companies.

“The emerging results from consumer products indicates that it has promise,” says Stillwell. “Regulators and consumers should be aware of what might be coming.”

Recent events have digital privacy advocacy groups concerned. In the US, Obama-era regulations to prevent internet service providers selling your web browser history without permission would have started this year, but were rolled back in early April.

In Australia, the government’s metadata retention scheme came into effect on April 13. “It’s important that we mark this date,” said the chairman of Digital Rights Watch, Tim Singleton Norton, “and pause to remember that a detailed picture of the private lives of Australian citizens is being collected by telecommunication companies on behalf of the government.”

Post by post and click by click, we give away more and more of ourselves online. Social media sites store our thoughts, e-retailers log our purchases and smartphones track the precise movements of our daily lives. In isolation, these data points seem almost trivial, and many people willingly trade them for the convenience of more personalised services. But when combined and analysed for patterns, data can reveal more about us than we ever intended to share.

Cambridge Analytica’s claims about personality targeting might be nothing more than a hook to lure desperate political clients, but they are also a harbinger of things to come.

This article was first published in the print edition of The Saturday Paper on 22 April 2017 as ‘Data based‘.