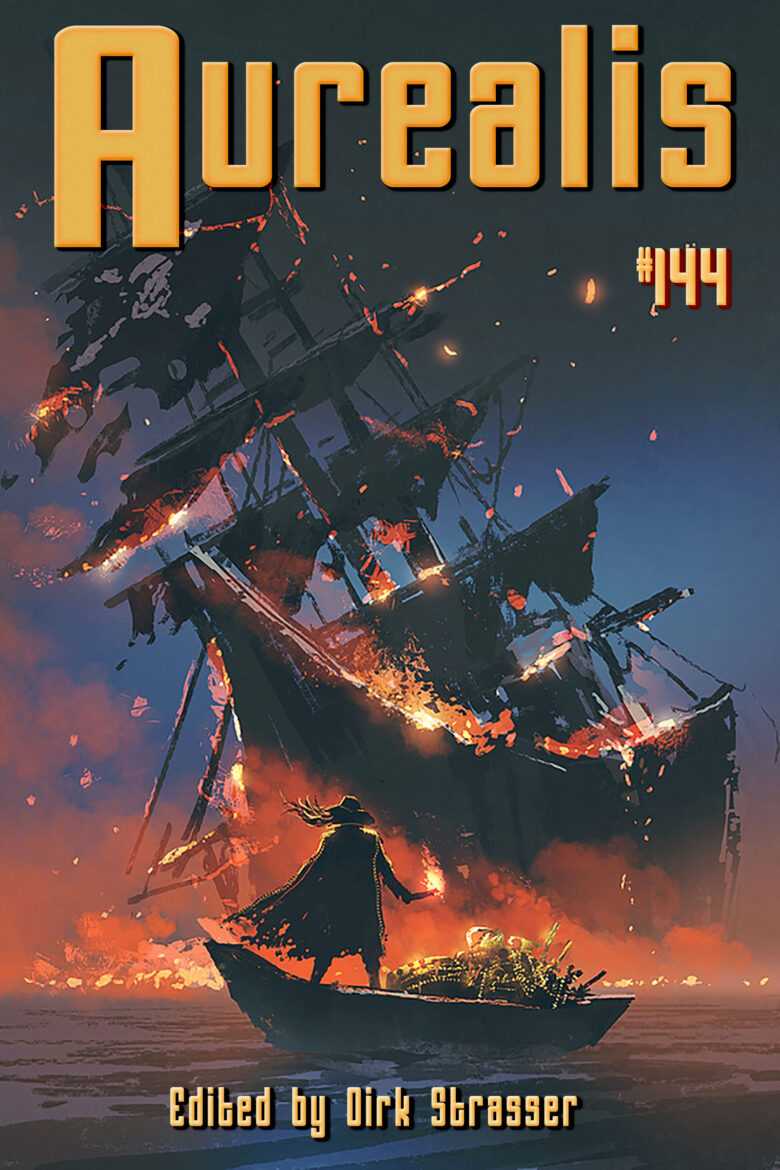 My short story ‘Ask Bernard’ was published in issue #144 of Aurealis, Australia’s longest-running speculative fiction magazine. Get a copy here >>

EXCERPT: Alternative: I should have used my special power to become a Great Man, a world leader, rather than just the undisputed quiz champion of the Anglosphere. Emotion associated with wishing one had made different choices? Six letters, begins with R.

My fellow patients will never understand this, of course. Frank there does little more than drool: long pendulums of it swing from his lips to the carpet. And he’s the second youngest, after me. The rest are simply too bewildered with old age to listen.

Only on the page can I maintain my credibility. The nurses say my speech is now punctuated with long lapses. But in my memoirs the pauses are edited out and I am once again myself. Correction: once again the man I was.

At first they gave me the Pitying Scowl, mouth only slightly turned down. The 43- year-old, so young, stuck among the fogies. But as I have refused their version of events, the nurses and doctors have rearranged their faces into the Irritated Scowl. Alternative: the Exasperated Scowl. Yes, that’s it: pursed lips and a sigh through the nose.

I’ve explained, again and again, how as a boy I discovered the ability to freeze time—an unconvincing term, but there is none better—and rummage through my mind for answers. Actually, in the beginning it was insults, as we boys competed to offend each other with the sharpest (and most juvenile) one-liners…