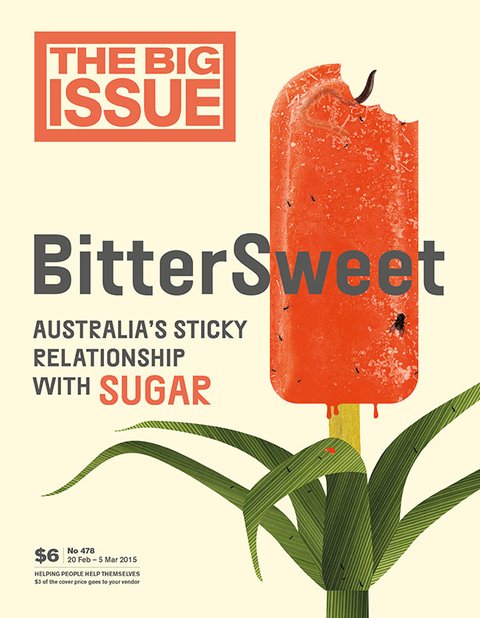 Toxic, poisonous, deadly – in the last few years, sugar has attracted some less-than-sweet commentary both here and overseas. But Australia remains one of the world’s biggest sugar exporters. Greg Foyster heads north to discover what effect, if any, the recent controversy is having on the industry.

BRIAN COURTICE COMES from a long line of cane growers. His grandfather started cutting cane in 1910 and farming it in 1922. Two of his grandfather’s brothers formed the Sugar Workers Union in Bundaberg and organised a canecutters’ strike in 1911. Brian’s father, also a cane grower, was a member of the board for the local sugar mill.

For three generations the Courtice men have lived and worked at Sunnyside, a nearly 50-hectare farm in the Woongarra region southeast of Bundaberg. And for almost all of those days, sugar has been a mainstay of life. Now 64, Courtice remembers school holidays spent cutting green cane in the fields. In the mornings he’d put a mound of sugar on his cornflakes, and three sugars in his tea.

But Courtice doesn’t put sugar in his tea anymore. Sitting on his front veranda and nursing a mug of Bushells sweetened only with honey, he explains that as he got older he became increasingly concerned about the relationship between sugar consumption and dental cavities. Courtice has the weathered skin of a farmer – his hands are tanned and calloused, with crescents of dirt under the fingernails – but his teeth have suffered worse deterioration. “I’ve got a mouth full of fillings from when I was a kid from using too much sugar,” he says.